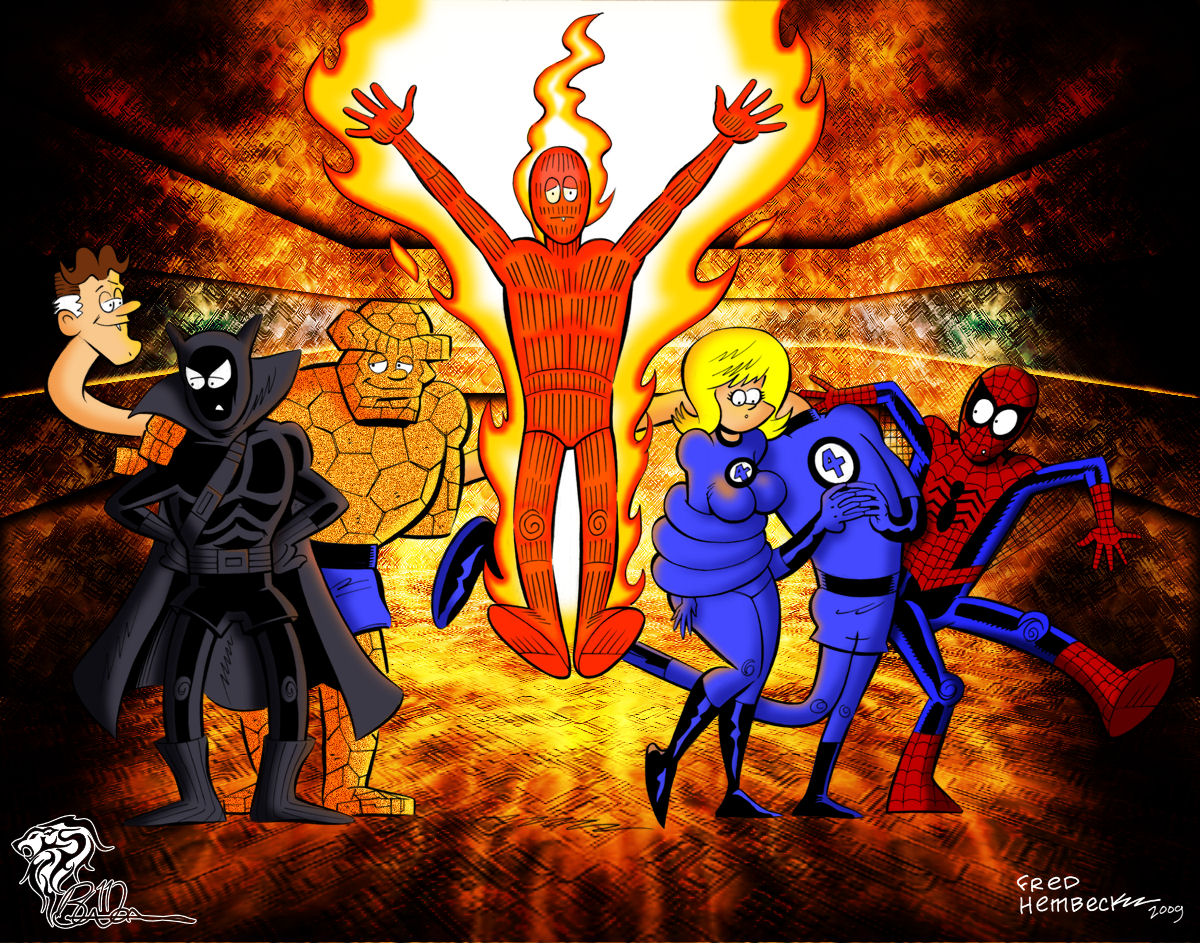 Fred Hembeck‘s work on character recreations is just so much fun to look at and fun to color. Here is another from my expansive hard disk collection. Not sure where the black and white art was downloaded from (if anyone recognises the commission source please let me know and ill add details here).  I particularly like how the effects work on the background turned out – real images of fire overlayed over a room created with a circuit board texture and gradient filled squares, skewed to give a 3d effect. 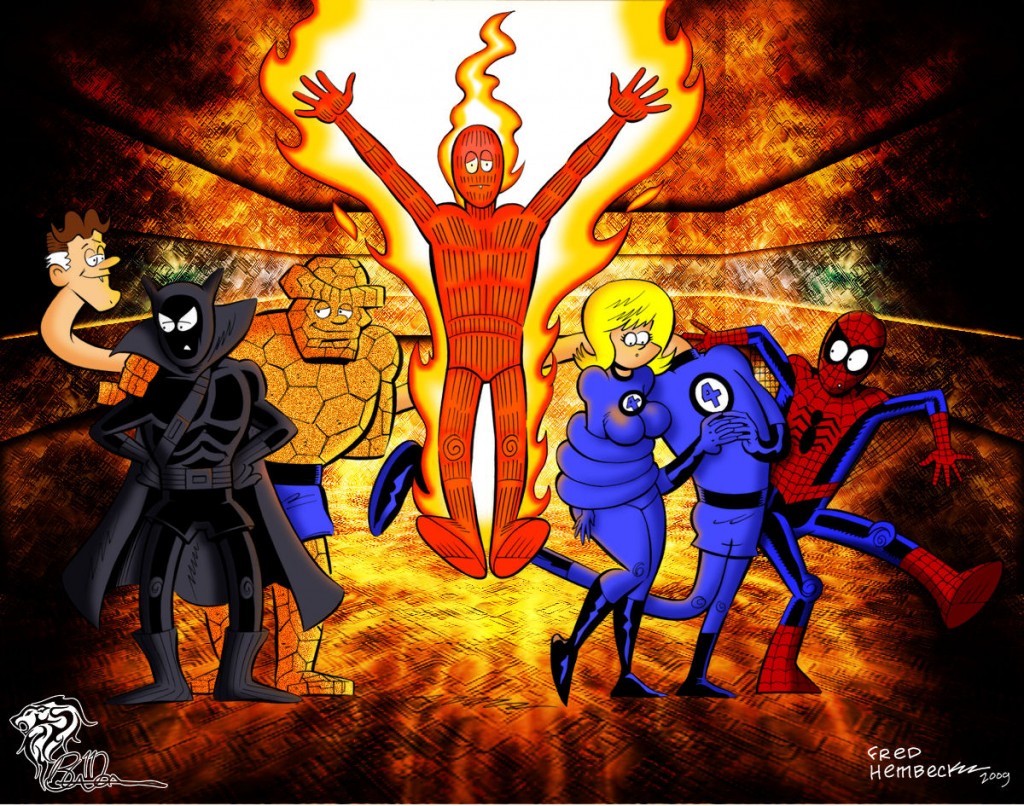 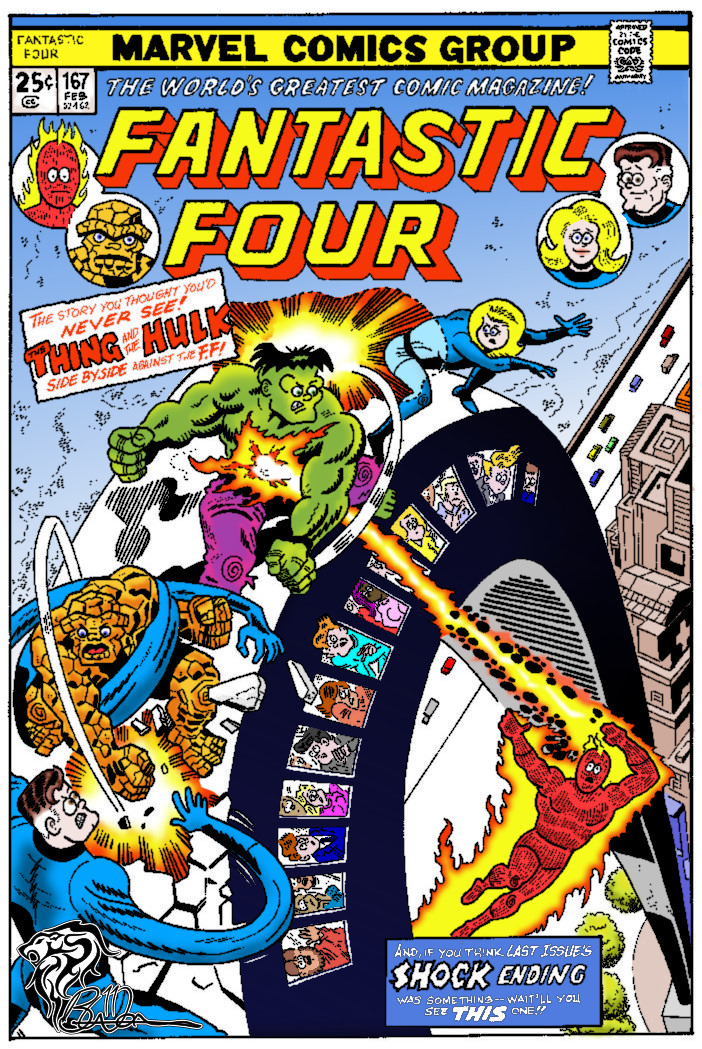 Another coloring using PSP X2, this is me trying to get back into doing a bit more art again. Found this on the web some time ago and it caught my eye, just as a fun piece (as all of Fred Hembeck’s art is) that was done as a commission for someone. It looked like it would be interesting to color and it was. You can see an example of the original cover here Jack Kirby FF #167 and of the uncolored Hembeck image here at Chris Ryall’s Blog 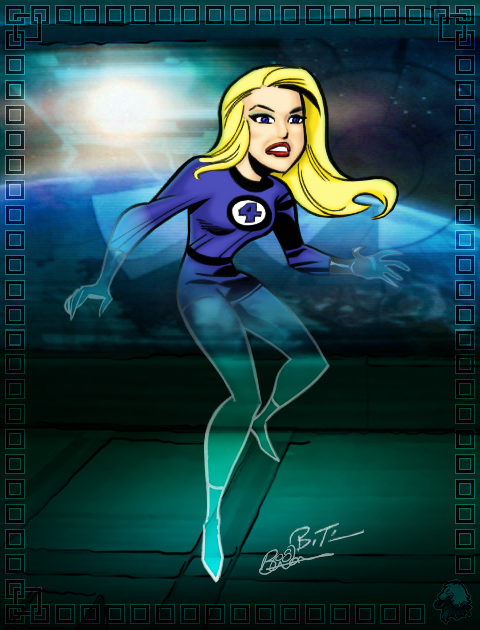 Another colored Bruce Timm sketch, this time the Invisible Woman. I wanted to try something different so I tried to show her invisibility powers. The background is a screengrab from a Doctor Who episode, together with some overlayed graphics and additional sketch lines to tie the style to the original sketch. 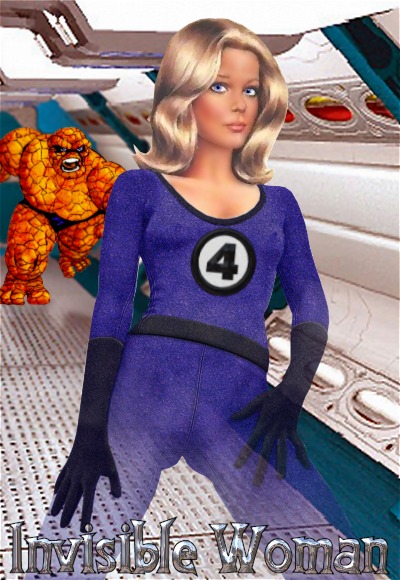 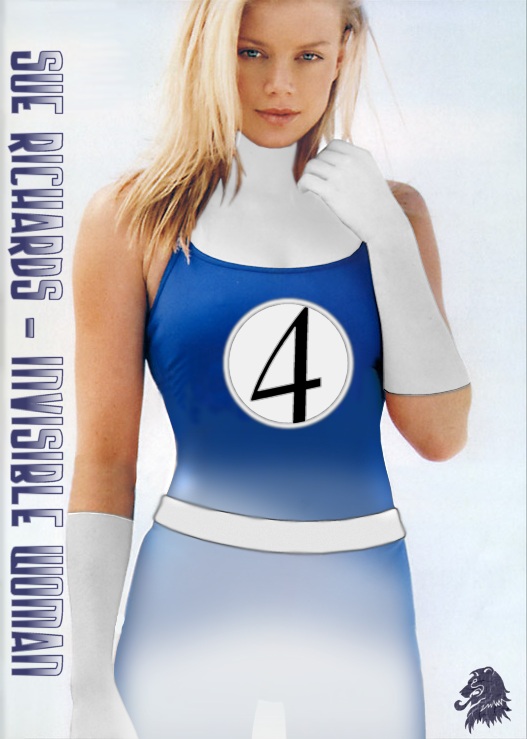 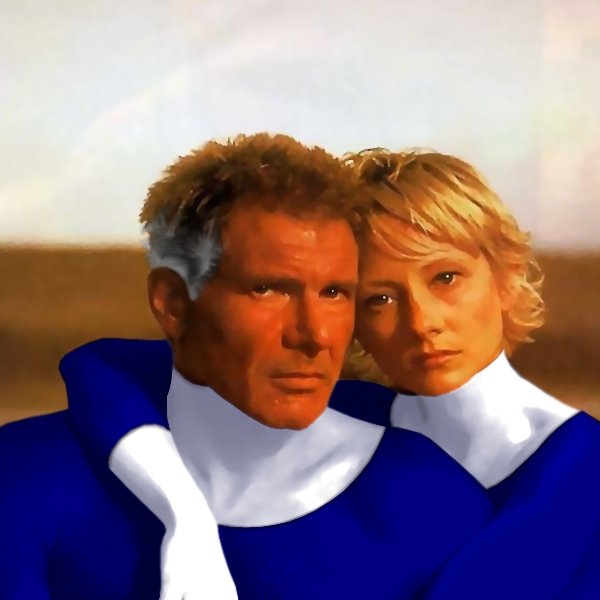 I think casting Harrison Ford as Reed with Anne Heche as Sue would work very well. they have acted together in an action comedy to great effect, but both can provide very strong dramatic performances too. not sure yet who i would have completing the FF, maybe Heath Ledger as Johnny and Bruce Willis as Ben/Thing Voice. 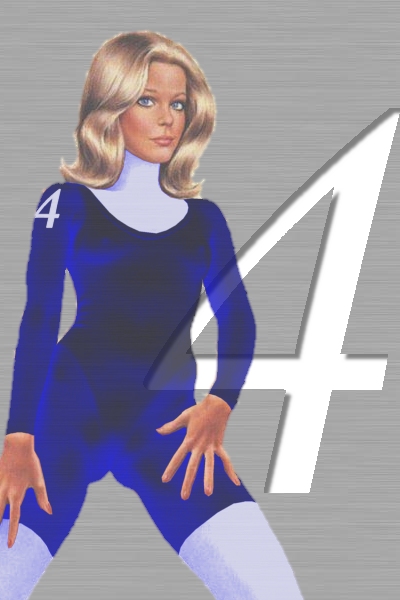 Well here goes.. after a few weeks browsing the other submissions at the new defunct Comics2Films site (absorbed by Mania.com), i decided to have a go myself. Found this pic.. somewhere;).. and thought.. hmm there could be a Sue Storm.. erm showing my age there.. Richards in it. This is my first mod. hope you like it.