Wasn’t familiar with today’s Lovember challenge subject http://outcaststudios.com/forums/index.php/topic/11338-daily-sketch-challenge-thorgal-aegirsson/ but thought I would give it a go anyway.

Thorgal is a Belgian comic book series created by writer Jean Van Hamme and the Polish graphic artist Grzegorz Rosinski. It originally started appearing in the TinTin Magazine, but was moved to hardcover volumes starting from 1980. Since then the popularity of the series has prompted them to be translated into all the major languages in Europe. he was named after Thor, the Norse God of Thunder, and Aegir, the ruler of the sea; because he was considered to be a gift from the Gods. He despises wars, fist-fights, kingdom, or supremacy, and wants to settle down as a day-to-day family man, fueled by his unmatched love towards Aaricia. The story quietly follows their medieval age sword-fighting adventures with us being reminded on this underlying family values 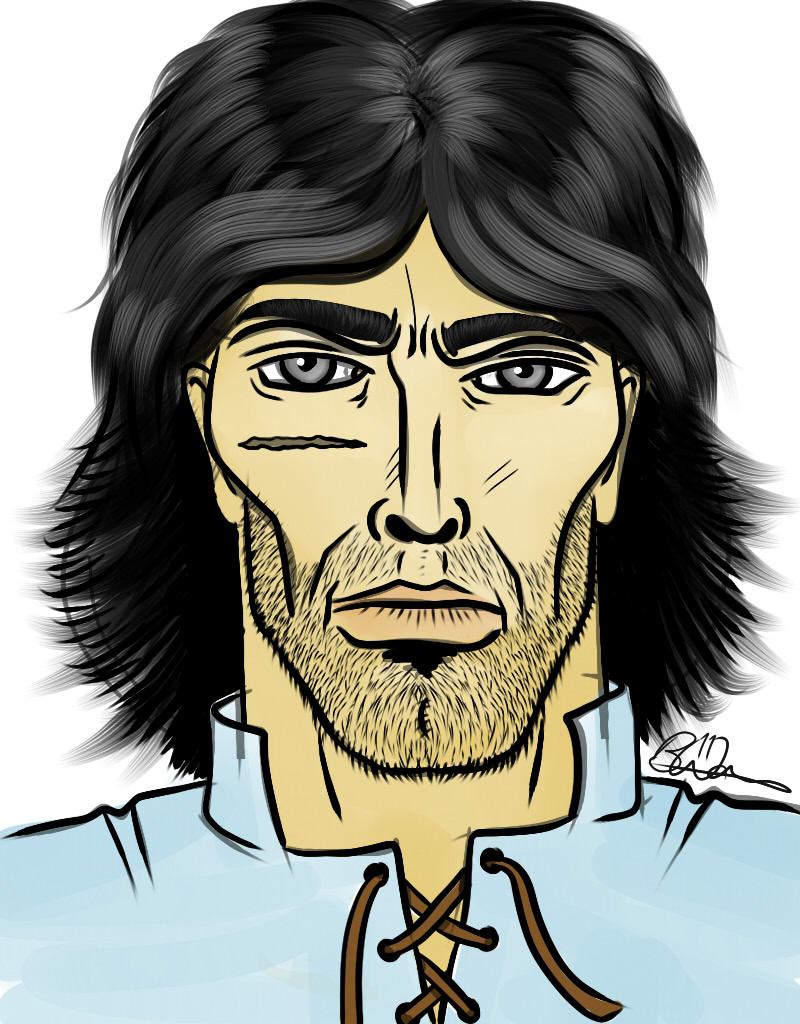