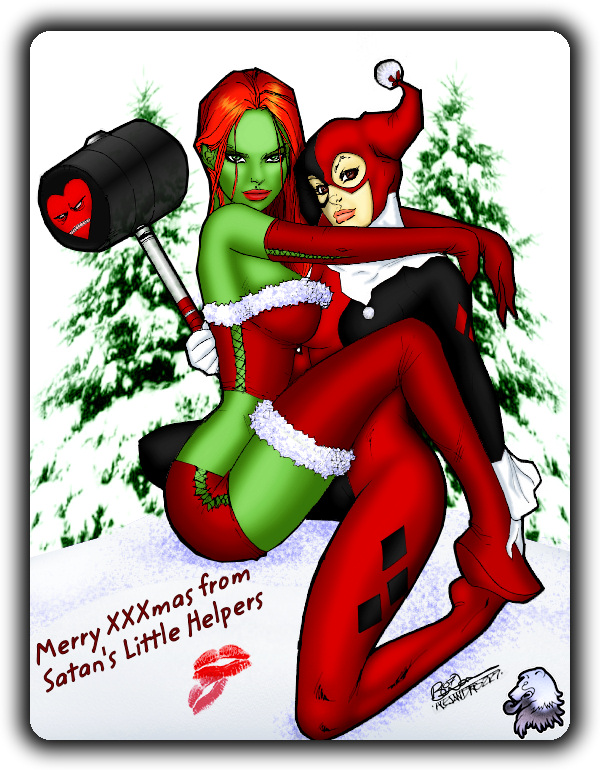 Digital Color and additional elements in PSP X2 from an Ale Garza sketch of the Harley & the Ivy;) Have fun! Merry Xmas from me too. 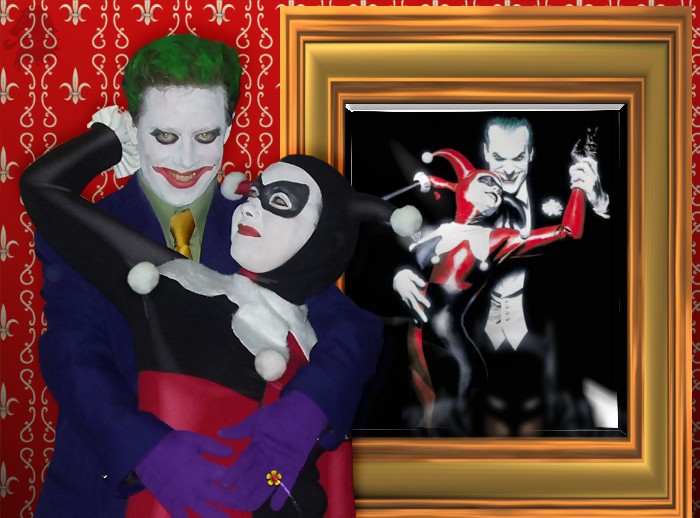 Over in the DCG Forum No Topic Jemstone was kind enough to post some pics of his day at a convention. One of the pics reminded me of an Alex Ross piece I had downloaded, so I thought I would put them together. The sharp of eyed amongst you should be able to see some fun additions. 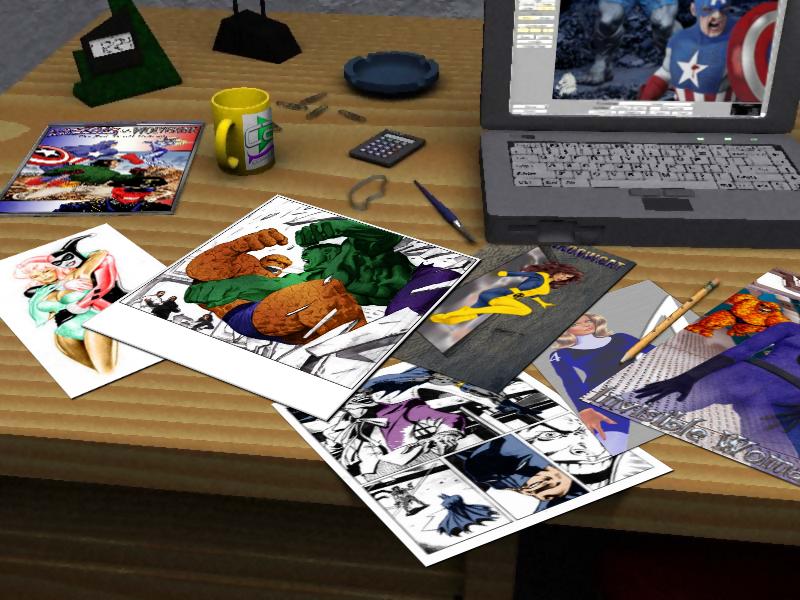 This is a little bit of fun I had early this morning.. it’s amazing what an inability to sleep can do for creativity! I wanted to do a bit of practice with perspective, so I found the pic of the desktop on Google. Then I layered on some of my recent pics and even some works in progress I am currently working on. Using the freeform deformation tool, I tried to match the perspective of the desk and pc screen. I added the C2F logo to the cup by deforming it, then cutting the top and bottom of the square logo pic to give a curved edge. then I darkened the furthest away edge multiple times as it curved round the cup. this layer was set to softlight. I duplicated the logo layer and set it to color. the art page shadows were done using the vector tool to draw straight black lines which were blurred. the shadow of the page hanging over the edge of the desk was done using a gradient fill. the cap/wolvie pic i did recently i tried to make look like a comic by duplicating that layer a couple of times offset slightly. A little bit of cutting of my first Invisible Woman pic and a new shadow, and the pencil looks like it is on top now. The WIPs showing are all based on Tom Derenick sketches. Just a bit of fun, but surprisingly effective. I am definitely going to use this to frame other art in future.