Well as I said in my Lion Heart retrospective, I would post up the banner images I put together to use while I was playing him over in the RPG. These were all manipulated from various comic images between 2003 and 2004. 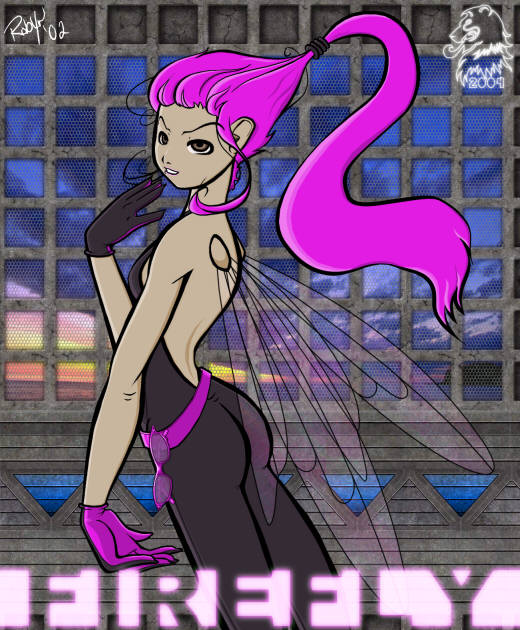 Haven’t submitted anything in ages. This is a simple digital coloring of a drawing I found online. The original was by someone called Robyn (sorry I don’t have any more details, it was downloaded a while ago.) I altered the drawing to fit in with my friend’s RPG character Firefly. More hair, gloves, clothes added. background made from various images layered together with masked sections. It represents the view from the Valiant team base on Muir Island. 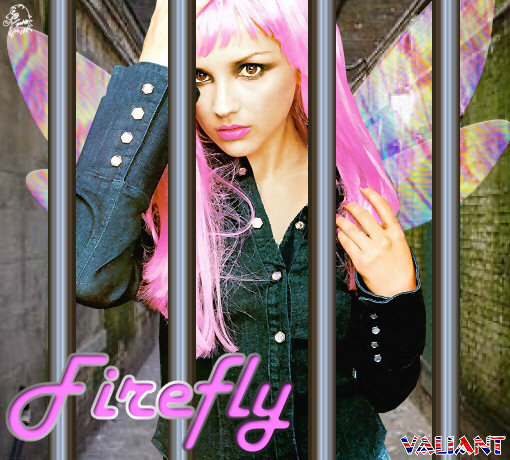 This was a concept pic I did a back before my pooter problems for a friends character for the Valiant RPG over at marvel-boards.co.uk.

I chose the pic of Rachel Leigh Cook, mostly because her hair was already pink (the color of the character’s) Other than RLC everything else was added to the pic, and all the jewellry she was wearing was removed(was wearing some chunky necklaces and rings). The wings were created using a fill called Digital Headache, which is basically like oil on water mixed with video feedback. Added a light and dark edge to the wings to give them some volume. they were set slightly transparent.

The bars are just gradient filled rectangles. if you look closely you will see them reflected in her eyes to. The background was just a grotty passageway image I found on google.. thought it looked like a dank prison. (Valiant are based in an old prison complex on Muir Island)