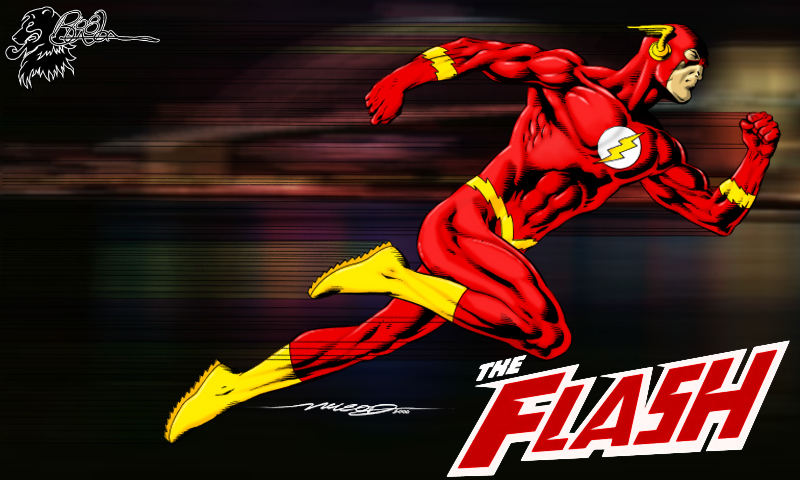 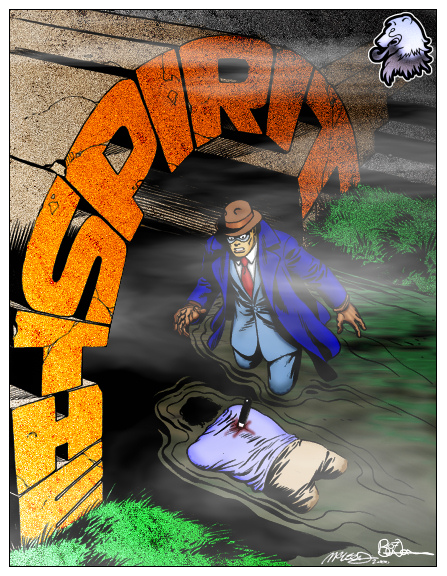 Bob McLeod drawing from 2000 of Will Eisner’s Spirit. Color and Effects in PSP X2 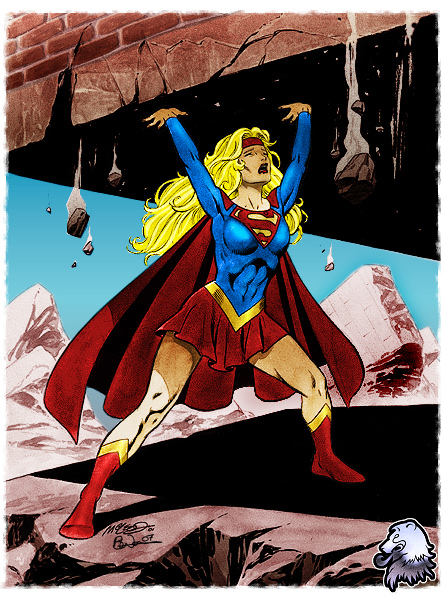 Digitally colored in Paintshop, was just a quick excercise to pass half an hour. Original drawing by Bob McLeod. I particularly like how the bricks turned out done using a gradient fill on an multiply, overlay & multiply layers each offset a couple of pixels. 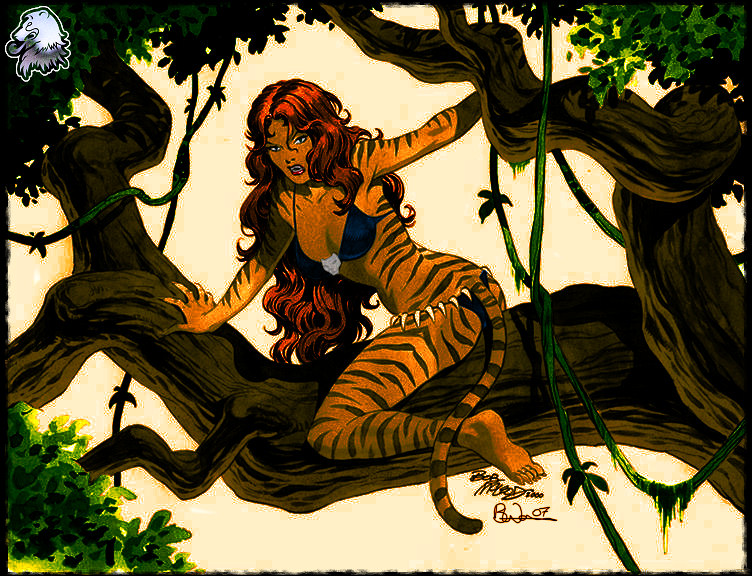 Digitally colored in Paintshop, was just a quick excercise to pass half an hour. Original drawing by Bob McLeod. 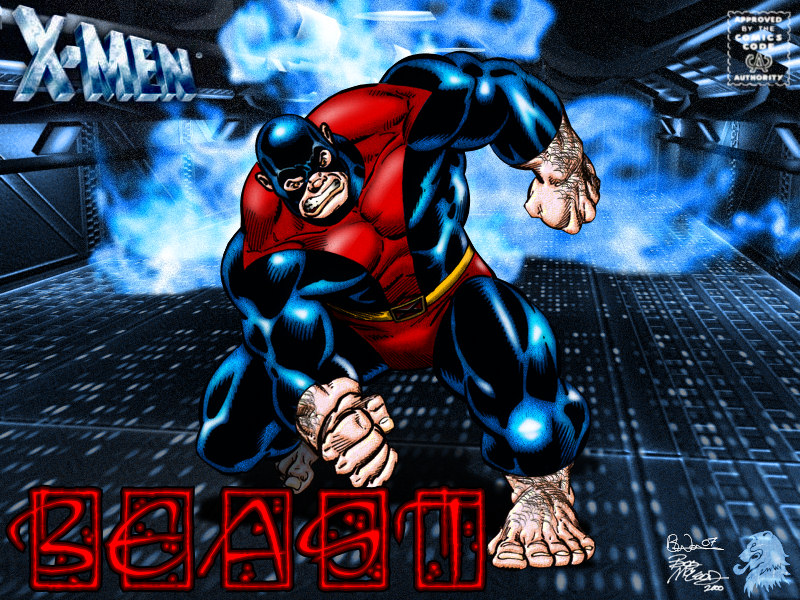 Found this Bob Mcleod drawing of Beast on my old hard disk and thought I would have a go coloring it. The background started as a generic sci fi off the web, recolored in the style of the movie complex and the smoke added. The dotted pattern added over the floor is a digital representation of dna. The rest is just many colored layers. 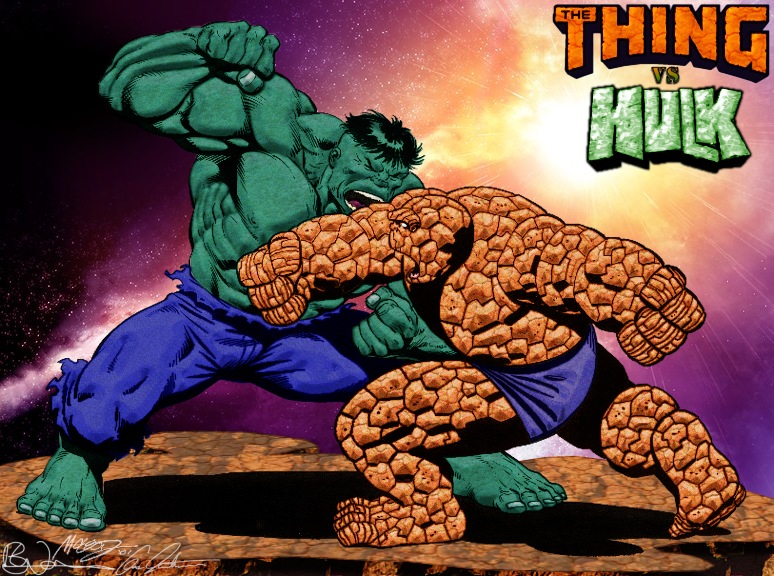 The hidden battle from Secret Wars. What we didn’t see was Hulk and Thing going toe to toe on a mountain top as the Beyonder looks on in the background through his rip in space. The latest in my digitally colored works began as an inking by Bob McLeod. The basic coloring is done using a version of the texture on a color, and one on a multiply layer. Additional highlighting done. In order to get some depth to the colour I used added some noise on an overlay layer. The logos were altered from the Marvel Versions by use of additional colour and texture. The background is cut from an image called Celestia III by Gene Martin (signature done in vectors from original). I liked how this turned out so much.. I signed it myself too rather than just putting my logo on it. 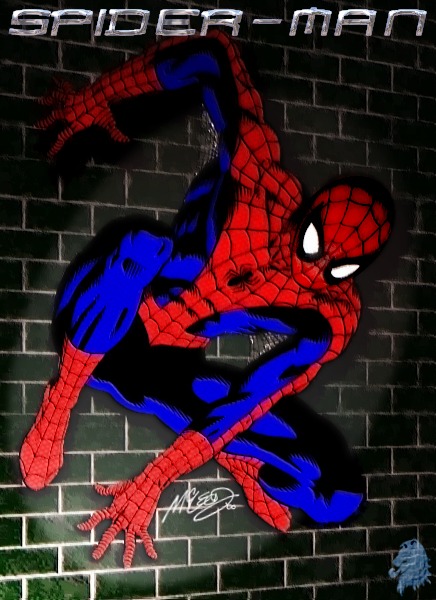 This has been digitally coloured and textured from a Bob McLeod inking I downloaded from the net. All the original pic had was spidey. I tried something different as far as the lighting goes here, it is all done using PSP Illumination effect on various layers. The texture on spidey is from a chainmail I found on the net thru Google. The wall from a simple brick texture I already had, filled a layer then free deformed for perspective. I tried to get his underarm webs to be a bit shiny with chrome effect on some of the strands. It kinda looks like a still from a cartoon now.