Well a few more pics left to add from my archive of stuff that was posted to the former Digital Concept Gallery over at Comics2Film and I shall be able to move onto stuff I created sinc. I had a break from doing comic stuff as I was really into playing RPGs so there will be banners and maybe the odd screenshot. 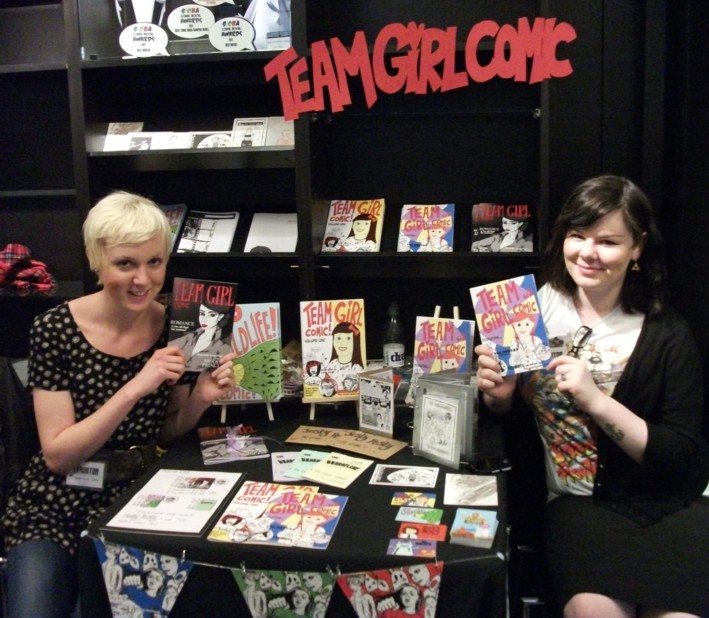 The week leading up to Saturday 18th June 2011, the former Queens Cross church in Maryhill, Glasgow was home to the inaugral Glasgow Comic Convention. http://www.glasgowcomiccon.com

While I didn’t manage to get tickets to the actual Saturday event however I did manage to take part in a couple of events run during the week leading up to the con, namely the “Team Girl Comic’s DIY Workshop” and “Making a Killing with Burke & Hare”.

The former event was a  Talk followed by an open discussion about reaching out to female audiences and encouraging more girls to get into creating comics.  The event was led by Gillian Hatcher of Team Girl Comics and was a well presented look at how the comic industry has historically tried to attract female readers, and a look at some of the current trends. This led quite naturally into an interesting discussion on what girls want to read and what the audience felt the industry should be concentrating on to encourage female readership.

The second event was an interactive session with the creators of the Burke & Hare, Writer Martin Conaghan and artist Will Pickering, explaining the process of creating their acclaimed graphic novel about the serial killers Burke & Hare. This included the background of their story, printing, self-publishing, promoting and selling the book. It was an interesting presentation and gave some real insight into some of the problems they encountered and the amount of work involved, especially when creating a work which has a historical basis. Even picked up a signed copy of the graphic novel which is really good and I would highly recommend it.

Due to illness I wasn’t able to take part in events the following day, which was unfortunate as I was really looking forward to the Digital Comic Art Workshop.

downthetubes.net had a couple of good write up of the event, which can be read here and here

Hopefully I can make the event proper next year.

Well I am slowly getting through my back catalog of images to add in for the sake of posterity. The hard part is pulling the original art notes together with the image and publishing date (and then the monotonous task of creating the post, tags etc)

133 images in  and I reckon I have 142 more images to add from my Comics2Film/Digital Concept Gallery days.  A lot of work, but hopefully worth it in the end.

Also plan on adding the various avatars, banners and images created for RPGs I have played that weren’t submitted to other art sites.