I browsed through the characters and came across NoMan [link] – Anthony Dunn transferred his consciousness into a series of artificial bodies to try and become immortal – he became founding member of T.H.U.N.D.E.R. and gained an invisibility cloak. 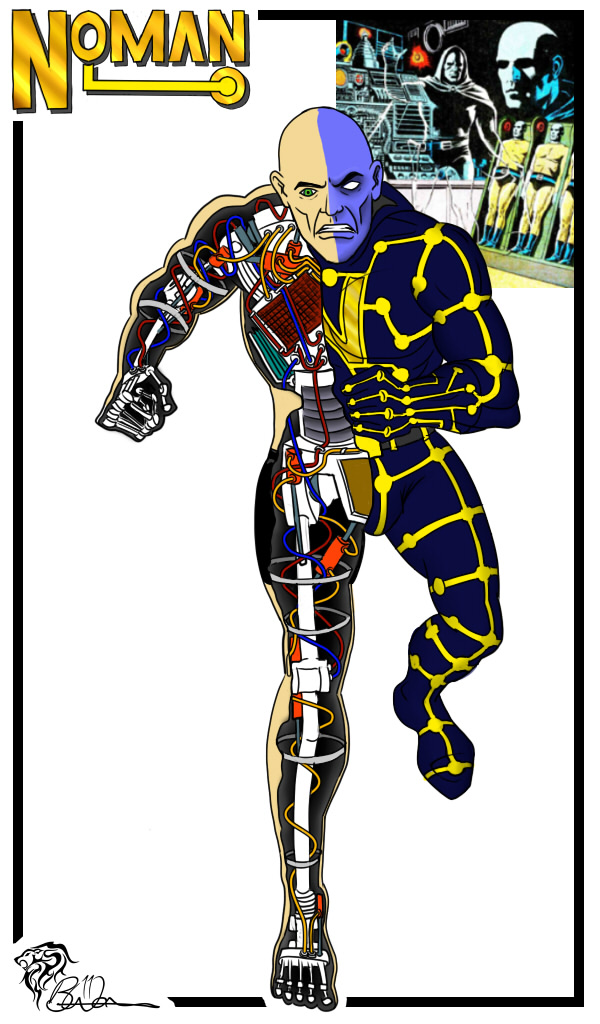 In my reimagining, Anthony Dunn is a scientist working on invisibility and phasing technology to allow infiltration of enemy facilities without causing damage. While still in the early stages of testing Dunn was bombarded with unstable energy from his phasing generator which caused his body to being to erode away into dust. Unwilling to give up on life just yet, Dunn managed to reach another piece of experimental equipment within the lab, managing to transfer his consciousness into the formerly lifeless body of a battle droid.

Forced to live within the artificial body Dunn continued with his work, hoping for a way to reconstitute his own body and return to it. Unable to stabilise the phasing process he abandoned this part of his project to concentrate on the invisibility angle, ultimately creating a suit that was capable of bending electromagnetic energy around itself. This effectively left the wearer invisible to most forms of detection.

The government was unwilling to test the suit on another person and so Dunn (as a robot) was forced to test it. Instead of returning to the military base he was working from, he used it to escape in order to be free to continue his own agenda while using the suit to help others when he could as NoMan