Another day, another challenge and another character I am not familiar with, Marvel’s Zombie – Simon Garth [link]

I felt that the concept might make a good movie and thought Hugh Grant would be a good leading man for the role. The pose is somewhat based off a Zombie statue which i used as reference (also referred to for the ripped clothes), while my zombie face is attempting to zombify Hugh. To be honest it looks more like Iron Maiden’s mascot.

Hugh head “before” sketch is about 15 mins work, Zombie is a couple of minutes to capture pose, sketch about 25 mins. full lined image around 25 mins on top of that. 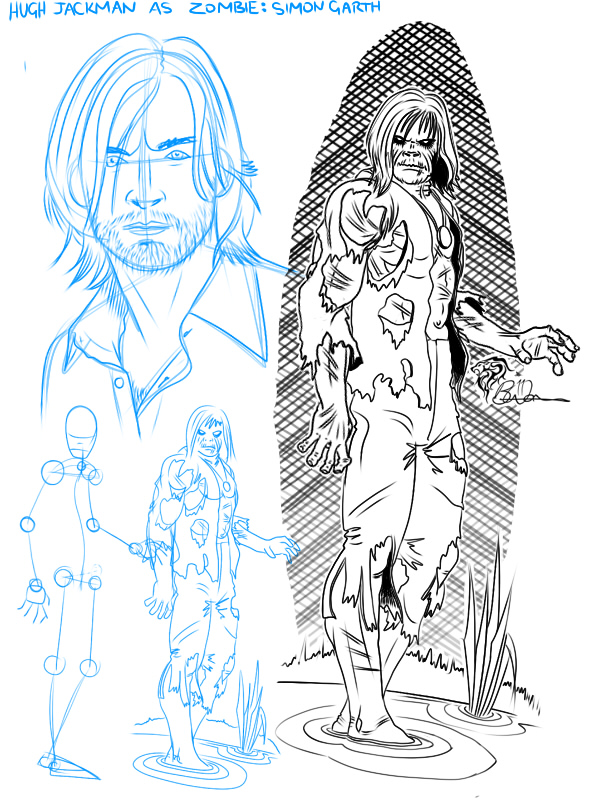