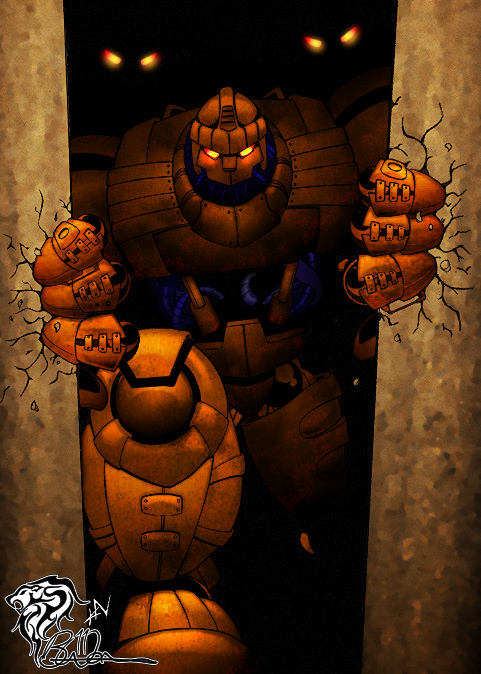 Well this is an oldie. I originally started coloring this way way WAY back in 2003 but was never happy with the results. I tried again towards the end of 2004 and again was less than satisfied with the progress. I decided to give it another go because I felt it could be a very dramatic image if colored properly. The original drawing was titled Iron Sentinel, however I felt that having a corroded sentinel breaking open the wall/doors would be a nice look. Done in PSP X2 with a blend of textures and various overlay layers as well as some lighting effects (the eyes in particular). I almost submitted the image and then thought to add a couple of extra sets of eyes behind the main sentinel to indicate there are more behind him waiting to burst free from whatever prison that held them. Hope  you like.