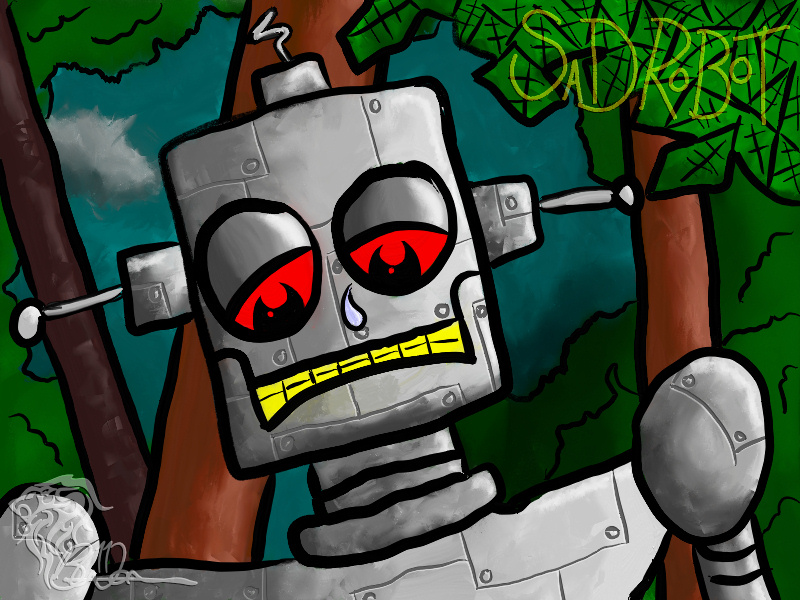 Feeling a bit down this weekend, and this is the result. Was just messing about in PSP using the art media brushes trying to take my mind off things. Not sure what it says other than I am trying to keep my disappointment in check (as usual) and failing miserably (again as usual).  Also feelings  of lack of support and uncertainty over a decision at work I guess are creeping in re being lost in the woods. Dunno. Or could just be a sad robot. Probably just a sad robot.

Edit: I realised after talking to people that they were concerned by this pic or rather the text I had chosen to go along with it. By Isolation I was simply referring to being provided very poor support on a decision I have to make. Nothing more sinister than that. I have edited the above to hopefully clarify.