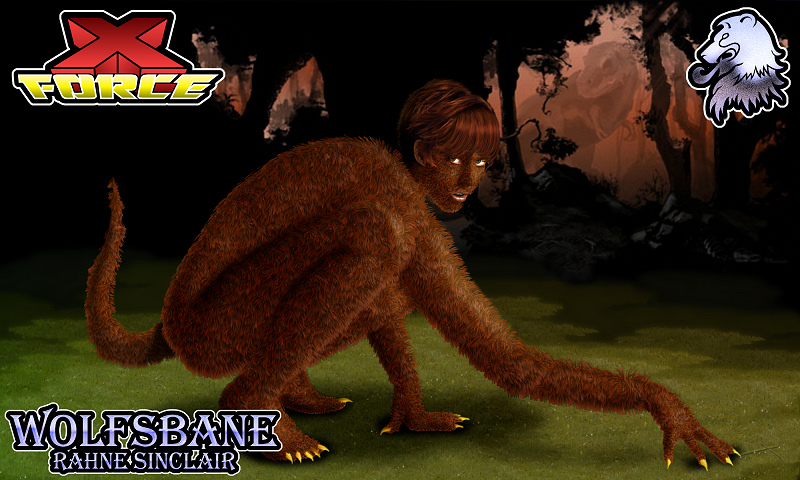 Here we find Rahne Sinclair who has just caught the interest of a Savage Land T-Rex. Well i’ve had this floating about unfinished for a few years now and finally managed to put it to bed. I seem to recall the pose was the first thing that attracted me to the pic, as it immediately cried out to be made into a crouching hero – but which one? I decided that I would have a go at Wolfsbane – seeing as I hadn’t really attempted fur. The model is estella warren. I cut the body from the background and began layering on hairs. This was build up in patches with additional shading done on each set. The grass was done in a similar way. I can’t really recall why I got stuck with it, but I think that it was the original hair that kept putting me off. In the end I just removed it all and added new hair using a wig image as a base and adding more layers. The background pic I have used before in my Rogue/Gambit transgender. (Original Model Estella Warren)