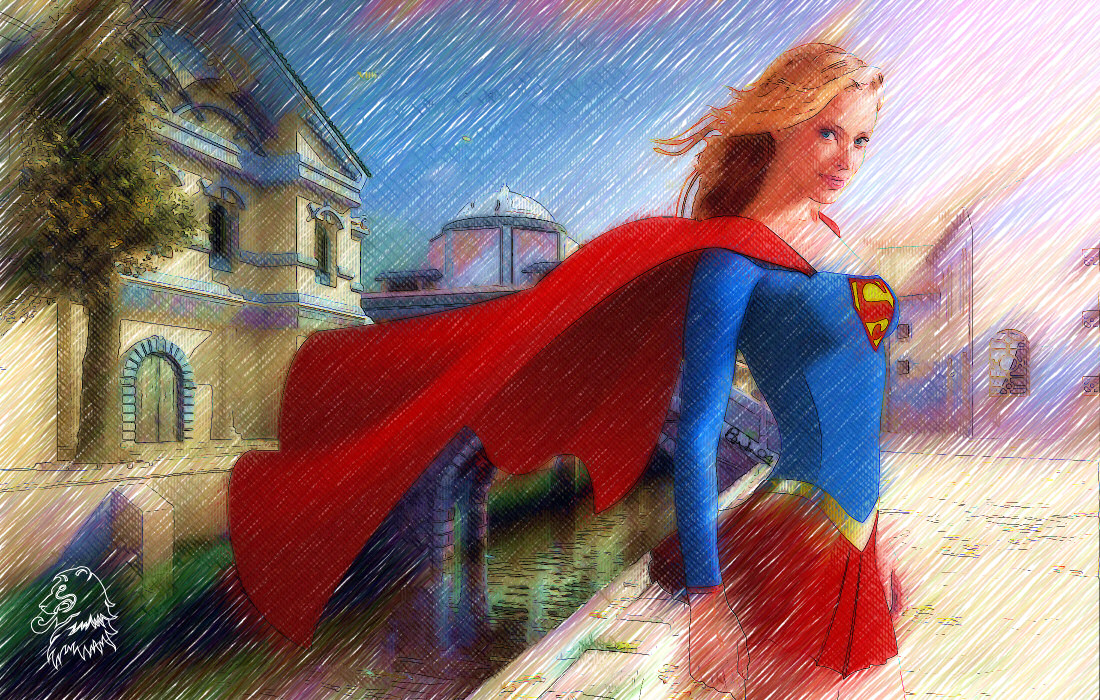 Well this is a manip I have been working on of Kristiana Locken as Supergirl (the actual photomanip isn’t finished but I wanted to try something different with what I have done so far.) The original pic of Kristiana was of a magazine cover and she is wearing a purple swimsuit. I manipped on the costume (will provide details when I post the actual finished manip) and then have been trying to tweak it for the past week or so. Anyways I wanted to submit something new and I thought I might try giving it a sketchy look. 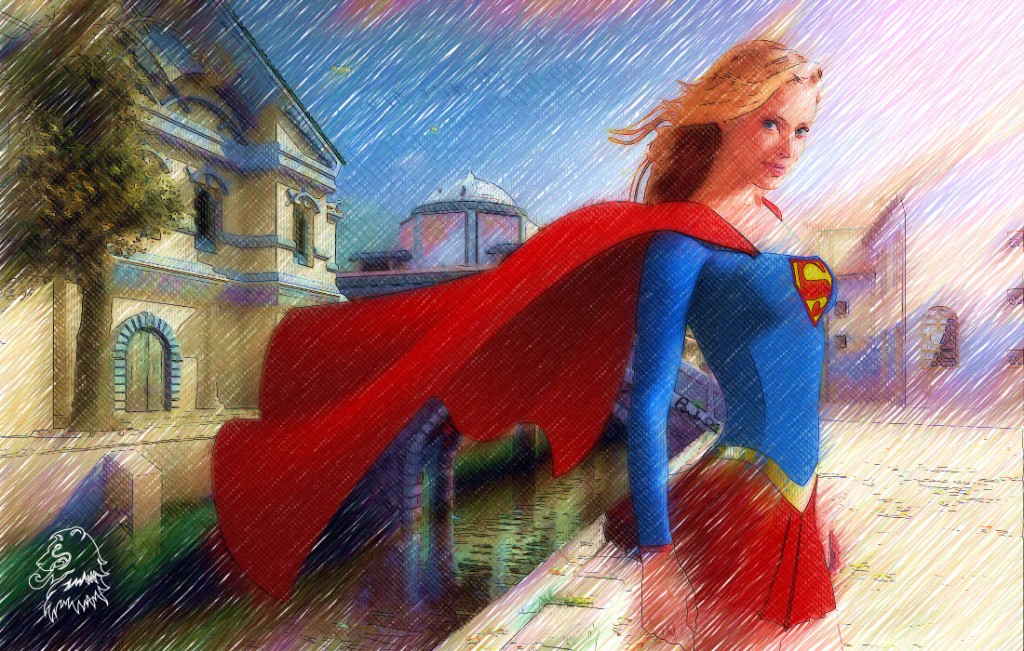 I have tried this before with various levels of success and failure but I think this one turned out ok. I merged all the layers in my WIP together to get Kristiana in costume cut out on a layer of her own then I found a nice background at eldargraphics.com which matched the lighting and coloring of kristiana quite well. flipped the background to match pose and merged both layers together. duplicated the layer. On one layer I added some random white noise and then used my trusty old penpartner tablet and began to ‘scratch’ away at the picture to give the impression of pencil strokes. The other layer I used the edge preserving smooth at max and then enhanced edges and finally traced contours to give ‘layout’ lines and add some definition back to some of the shapes. all in all I think it came out quite well.. and now back to the manip itself.. maybe. 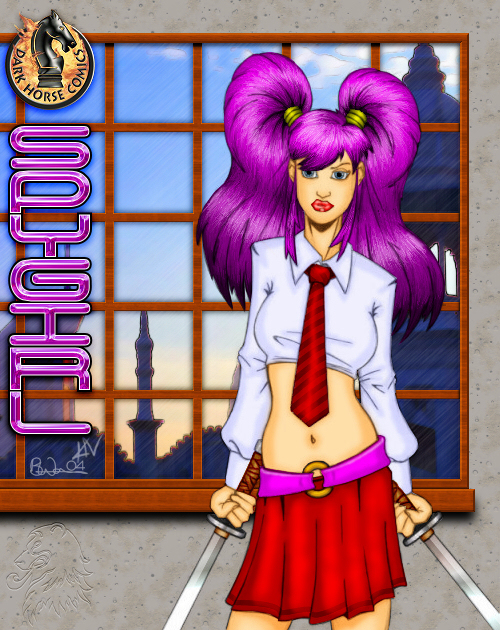 Well I have had the pleasure of coloring Kev’s work before and so I thought I would give this a go when he posted it. Hope you don’t mind I took the liberty of flipping it so that I could put the logos on the left. Done using lots and lots of multiply, screen and overlay layers and much smudging with the old pen and tablet (especially on the hair) You may recognise the background I used before on one of my Blink pics. The window itself was created totally from scratch based on Kev’s layout. Original Pencils