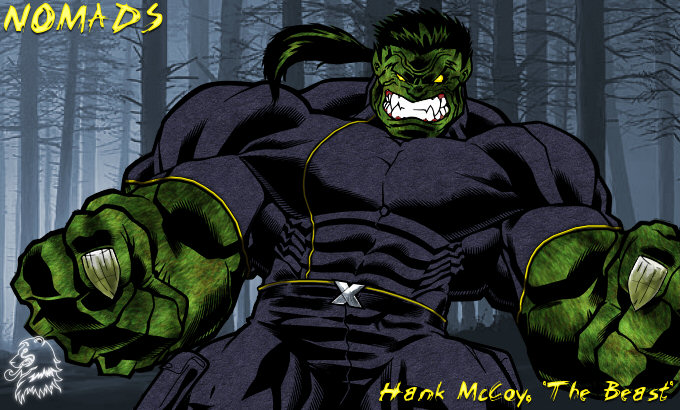 Image created to show an evolution in my Nomads RPG character – after an event which caused extreme stress (both physical and mental) to Hank, he underwent a further transformation into a more hulk like form (due to the gamma exposure). The image itself is based from an Ed McGuinness image of Hulk from during the run with Mark Waid i think.

Obviously the hulk usually wears ripped pants, but as Hank was wearing his X-Men uniform made of unstable molecule, it realigned itself to fit his larger form. I had to edit the lines of the original image to accomodate my character features and the uniform. I think I did alright. And also a new signature created from this image: