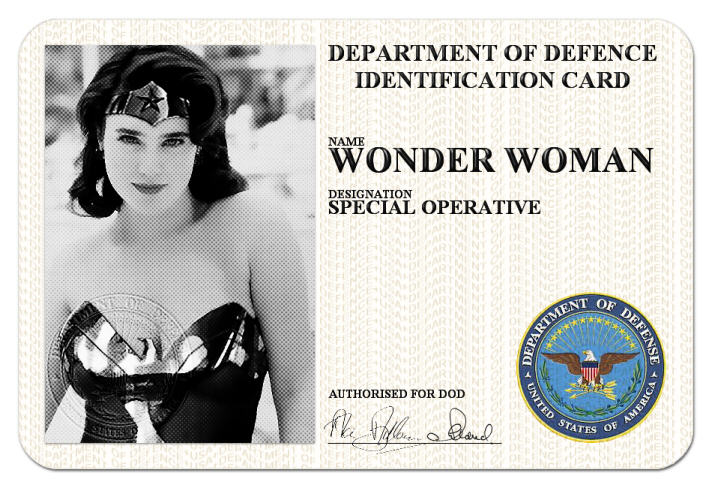 Well I was playing about with a quick Jennifer Connolly as Wonder Woman manip, and it came into my head that since she had all these dealings with Steve Trevor, Wonder Woman would probably have some sort of military clearance – and hence the idea for a DOD ID card..

Black and white photo of Jennifer, smoothed out the flowery bathing costume she had one and removed the straps. Found a decent Alex Ross pic of Wondy and grabbed those lovely metal’s he paints. Applied a halftone effect to this black and white image. The card was made up using a rounded selection to create a drop shadow/edge effect. The background text was created as normal and then used as a fill pattern. this filled layer was distorted using the wave filter and the excess cut off. The DOD embossed stamp over the picture, and the colored logo are from the DOD website (check it out they have various seals and logos available in multiple formats for download) The text was added and I used Eyecandy glass filter to give it a raised feel.

One thought on “May I see your ID Miss?”