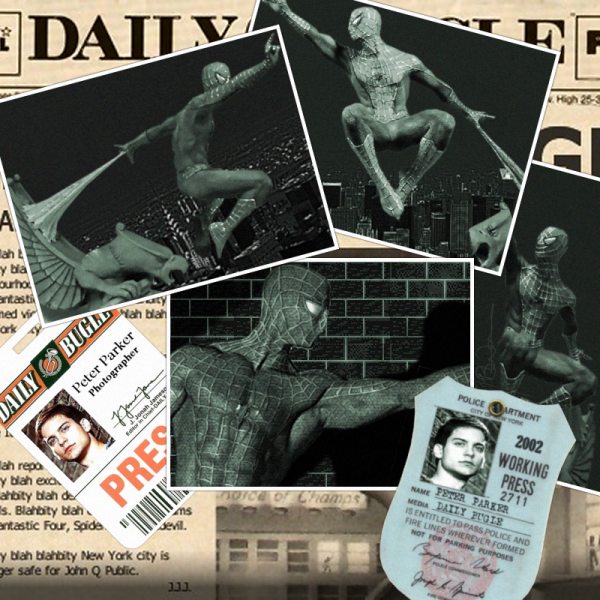 The pictures which make up this (and the following) preview pic(s) were created for to be used in panels in the Spiderman manip posted at the end of May.

Three of the pics were created using photos the model of the movie spiderman from various angles combined with excerpts from a panoramic view of manhattan at various angles. The panorama was actually a daytime shot which i made negative, then colorized a pale green, and set to multiply over the original pic – and made a night view. The combined model and background pics were tinged grey/green and a border added to make it look like a photo. The pic at the bottom middle is cut from the larger scene and shows my manipped from scratch movie Spidey (See the final scene art notes on how) The Daily Bugle press pass was from the net, I just tidied up the cornest. The Police pass was also downloaded from the net. I added the photo from the press pass, changed the date and added the name and paper details. The background is my previously posted Daily Bugle manip