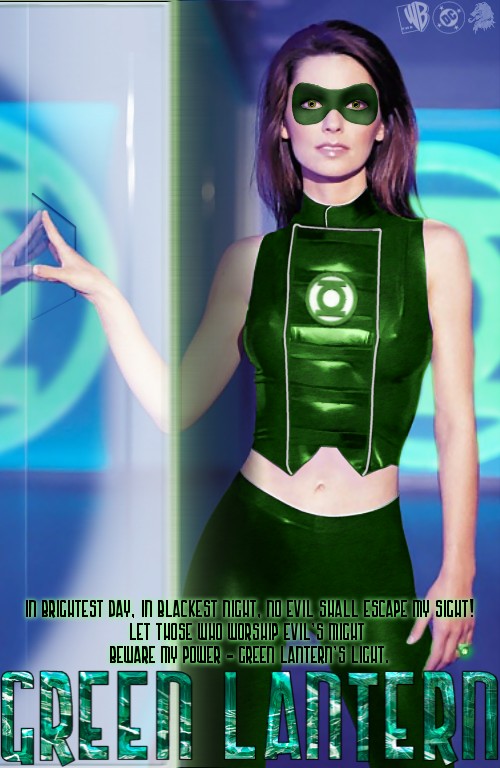 Shania Twain as the new female Green Lantern in the upcoming Warner Bros series. OK.. i made that up.. but the look i was going for was the sort of promo page you get in tv guides 🙂

Started out with a picture of shania in a purple pvc outfit. extended the vest part of it to make it look more like a uniform. then began adding textures per previous art notes. the mask is done the same way. She had her hand against the wall for some reason.. so i put a door switch there, and then the sliding glass door moving to the left. All the lantern logo’s done from scratch. I put in the large one on the wall behind her using a screen layer and blurred it to make it seem more diffuse.

I almost forgot that back wall was reflected in the wall next to her, so i had to repeat the process for the logo’s reflection. The pattern in the GL text is actually stripped from a JLA Secret Origins Wallpaper and features lots of GLs flying to OA. The font is called Armor Piercing. Added WB & DC logos from Net and my own logo. Final thing i added was the GL oath which was one once in green then blurred and once in black on top.