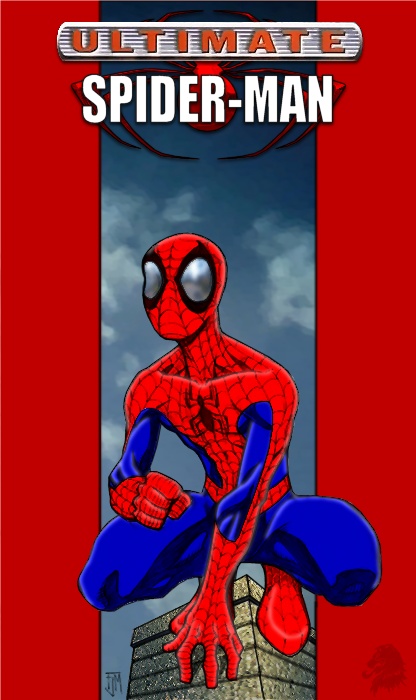 This started out life as a Francis Manapul sketch I downloaded off the net. Digitally colored, although im not sure the highlighting is working. Tried to make it look like the cover of the comic. The logo was originally taken froma jpeg of the comic cover, but only the ultimate part was relatively clean. I used the vector tool to draw a new spider, and added new spider-man text. new drop shadows added. the spider looked a bit flat, so i used the vector to create a selection, which was used in eye candy to create a chromed layer for overlaying. Turned out not too bad for just over an hours work.