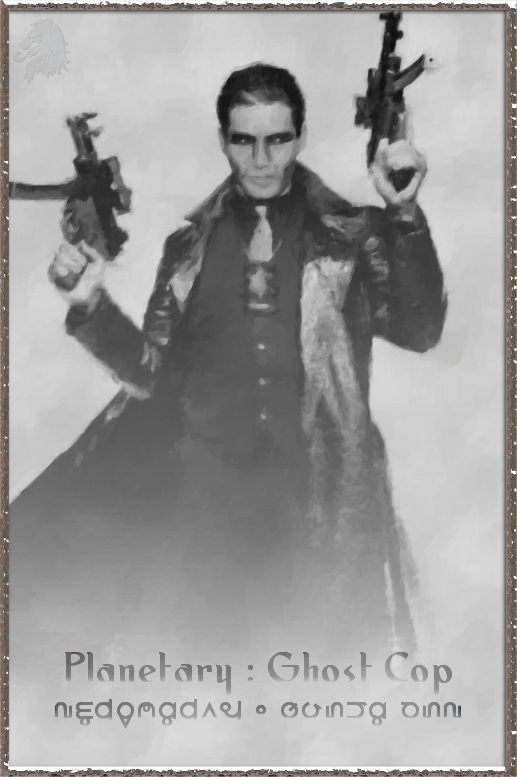 After completing my manip of Trygonez as Captain Britain, I somehow came to the conclusion that maybe he didn’t quite fit the request, so I did another one.. Here is Trygonez as Ghost Cop, a character who appeared in Planetary. The poor chap’s spirit had somehow been trapped on a Hong Kong street corner when he was brutally murdered, and he was forced to return and dish out some retribution on other murderers.

This was also a lot of fun and didn’t really take that long to do, including the time to find the source pics. The main body of the pic was taken from one of the posters for Matrix Reloaded (yep that’s morpheus’s body in there). I removed the original head and blended Trygonez’s onto the body. Much additional shading and roughening later and a bit of a gradient fill over the top, followed by a run through the watercolour filter and it isn’t that far away from the Cassady pinup I used as the inspiration. Enjoy your Christmas Trygonez!