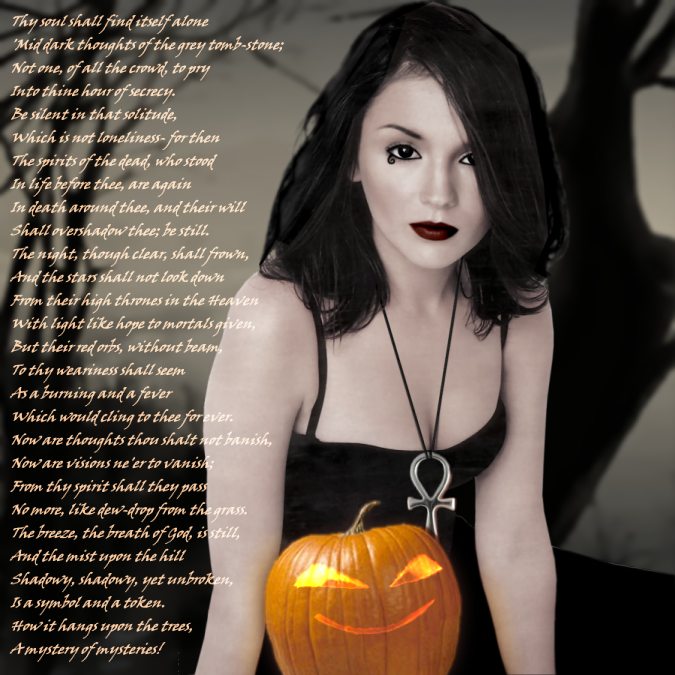 Well, here is Rachel Leigh Cook as Death. The base pic was such a godsend, all i had to do to her was replace her red shorts. the whole layer was then desaturated to give her a deathly flesh tone. the lips were darkened using a red layer. the eye makeup was done using a vector layer set on multiply. i the ankh was drawn using the vector tool, then metalized using a filter. additional reflections of arms and pumpkin added manually. the pumpkin was one i found on the net, with the eyes and mouth added by hand and dodged to give a glowing effect. i added the shadow on her arm, and a faint orange glow on her arms from the pumpkin. the background was part of a larger pic i had, enlarged and smoothed to give a suitable moody feel. the text is Spirits of the Dead by Edgar Allan Poe.