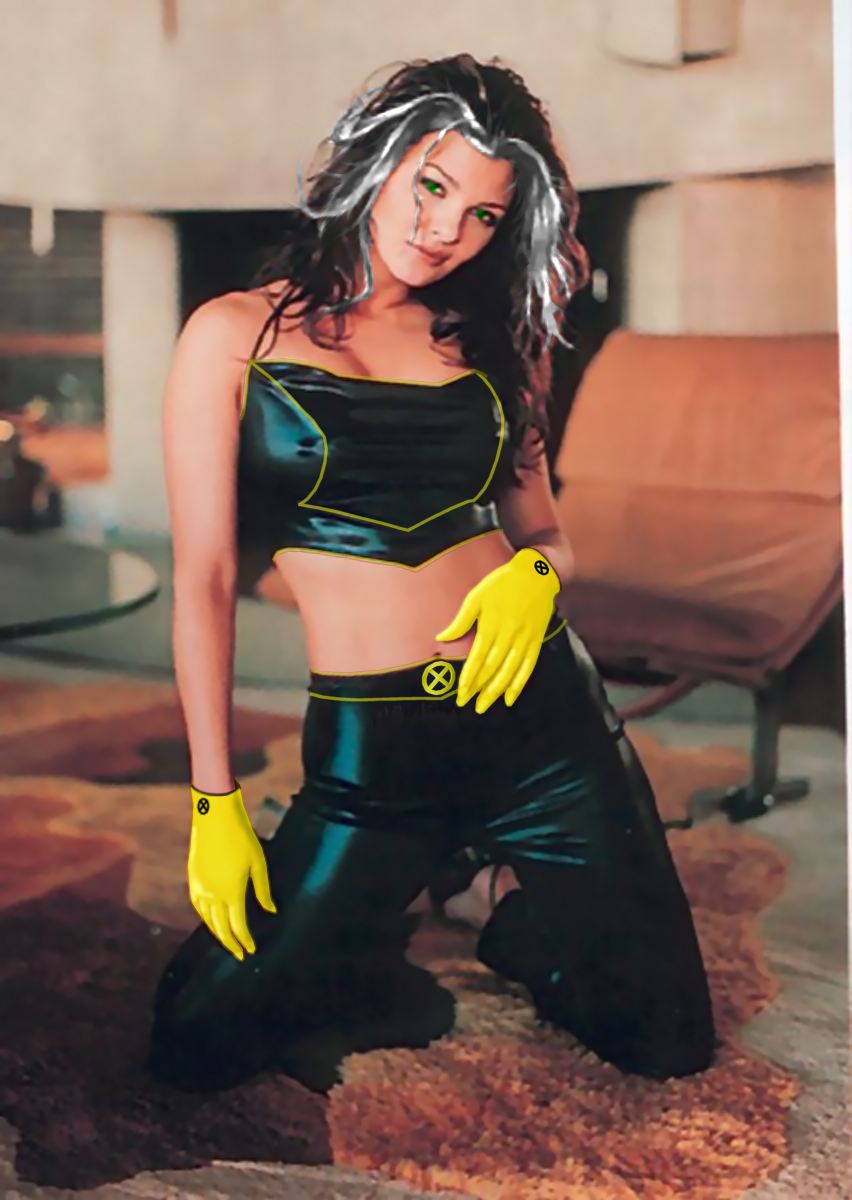 This work was inspired by both the X-Men film costumes and Alex Ross’ designs. The model is Ali Landry. My first attempt at Rogue’s distinctive hair, i think it works.. but could probably be better. The trousers have been adjusted to raise the waistband and ad the logo and piping. additional highlighting added. the bustier has been highlighted with piping design. The yellow gloves done from scratch with black piping and logo added. Additional highlighting and lowlighting added to the gloves and piping on the costume. Although i havent drawn it, in with this costume concept would be a long-sleeved hooded frockcoat with an X in matching yellow piping across the chest. Hope you like this one. LH;)